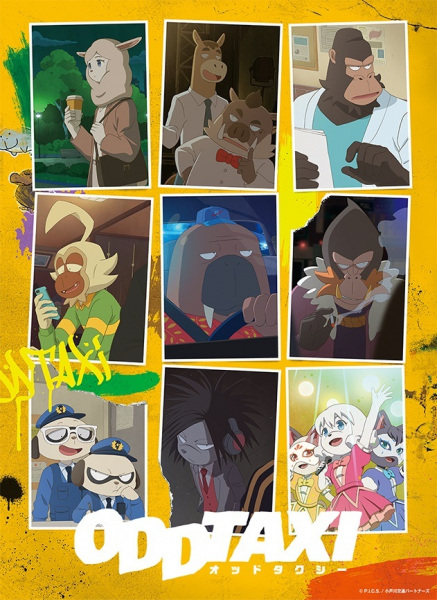 Synopsis:
Eccentric and blunt, the walrus Hiroshi Odokawa lives a relatively normal life. He drives a taxi for a living, and there he meets several unique individuals: the jobless Taichi Kabasawa who is dead-set on going viral, the mysterious nurse Miho Shirakawa, the struggling comedic duo "Homo Sapiens," and Dobu, a well-known delinquent.

But Odokawa's simple way of life is about to be turned upside-down. The case of a missing girl the police have been tracking leads back to him, and now both the yakuza and a duo of corrupt cops are on his tail. Set in a strangely familiar city filled with unusual individuals, Odd Taxi is a bizarre story about a humble taxi driver and the mystery of a lost high schooler.