Gintama: The Semi-Final Add to Favorites 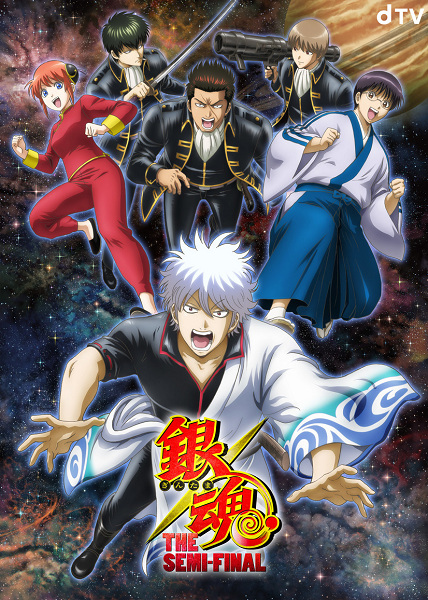 Synopsis:
As the war temporarily calms down and Edo rebuilds, Gintoki finds Shinpachi—who is still unaware of his return—on a bridge. However, as a fight quickly breaks out between the Yorozuya and the Tenshouin Naraku, suspicion grows, forcing Gintoki to use what is nearest—a loincloth—to mask his identity. Saved for the time being, Gintoki enters the Yorozuya office, but unbeknownst to him, someone else is already waiting there...

Meanwhile, Kondou departs Earth to marry Princess Bubbles in an attempt to improve diplomatic relations. After boarding the Gorilla Amanto mother ship, he realizes that he doesn't speak their language. Confused, Kondou tries conversing with them, only to inadvertently gain their support. However, someone associated with the princess crashes the ongoing ceremony. Will the wedding continue, or has Kondou just been saved from becoming the next Gorilla Prince?