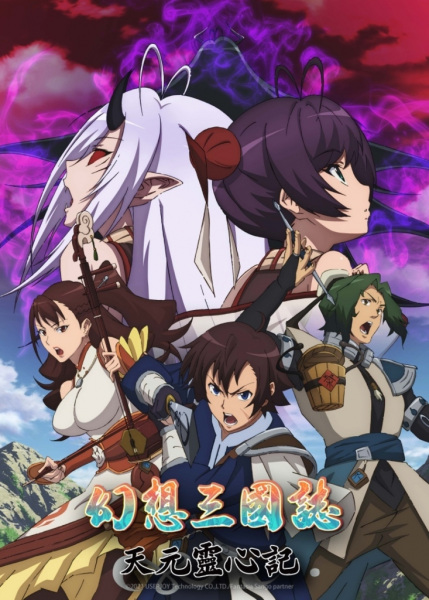 Synopsis:
The story of Gensou Sangokushi: Tengen Reishinki is set during the Three Kingdoms period in China, where various warlords and their armies attempt to conquer and unify the nation. The struggles of these mighty martial heroes attracts the attention of the Mouryou King, the monstrous sovereign of evil spirits, who wishes to prolong the conflict and destroy the human world. To oppose the evil of the Mouryou King, an organization called Tengen forms anti-Mouryou armies that do battle all over China, but when the 6th anti-Mouryou corps is suddenly wiped out, a rag-tag band of adventurers is gathered to replace them and to form the new 6th anti-Mouryou corps. (Source: Crunchyroll)